Unlike most viral sensations, the “Actual Advice Mallard” meme doesn’t derive from a movie, life event, or television show. It’s merely a picture of a male duck. To put a comedic spin on things, users have added captions to the photo. These captions generally offer life hacks or words of encouragement, making the duck appear wise and all-knowing.

Releasethedreadknot is a Redditor who first used the Actual Advice Mallard meme back in 2011. Their post included a caption that contained cooking directions, which inspired others to regard the duck as an enlightened creature. Unfortunately, their post only received 16 upvotes. Fortunately, Releasethedreadknot garnered more attention on their second attempt.

They released another edit of the photo the following day, which gained over 460 upvotes. Nearly a year later, another Redditor had more luck. In August of 2012, ZorkmidSC amassed 10,000 upvotes on their photoshopped version of the duck. The image has become so popular that it makes a regular appearance in the AdviceAnimals subreddit.

Initially, the Actual Advice Mallard meme was used to give sound advice. These days, it’s used to offer nonsensical and unsolicited guidance. For instance, putting your pet in the microwave to dry them off after a bath. 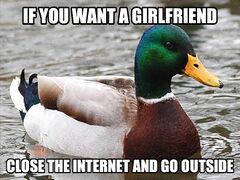 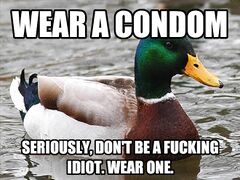 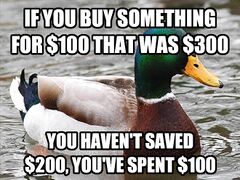 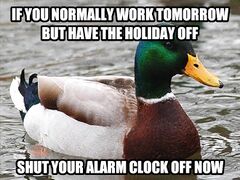