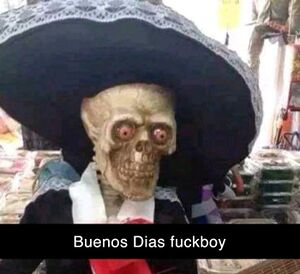 “Buenos Dias, Fuckboy” meme is a hilariously unusual picture of a mariachi-inspired skeleton strumming a guitar.

The skeleton is donning a black sombrero and sitting atop a box that reads “cookies.” The image arouses both confusion and laughter.

The Buenos Dias, Fuckboy meme appears to come from Snapchat, but its exact origins are still debated.

On December 19, 2015, the meme made its way to the internet. It had a home on Imgur for the longest time, eventually making its way to Reddit’s platform. It didn’t take long for Redditors to take the meme and run with it.

In 2017, Reddit user, Dankus-Memeus, put their own spin on the picture. Underneath the picture, they added the following caption: “when reaper teleports behind you in his mariachi skin.” The picture garnered a lot of attention and continues to be a hit on Reddit.

The beauty of the Buenos Dias, Fuckboy meme is that there’s no concrete meaning behind it. It’s a nonsensical photo that can be used in various contexts. Many like to use it to express fear, surprise, or anger. 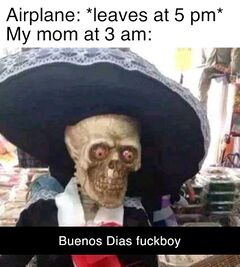 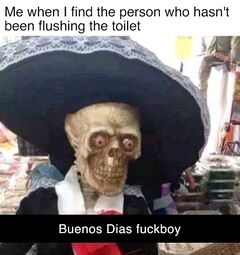 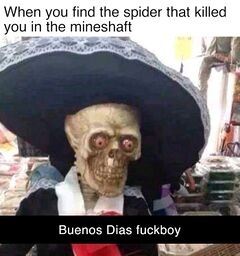 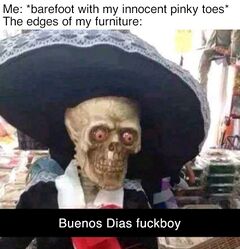