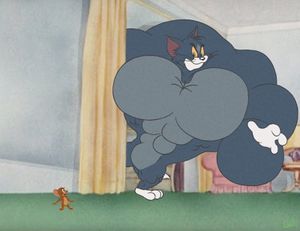 “Buff Tom” is the name of a meme that uses a photoshopped image of Tom from the popular animated television series Tom and Jerry to express feelings of contrasting two things that are vastly different in strength.

The origin of this meme begins on April 13th, 2014—a member of the online gallery Fur Affinity posted a photoshopped image of Tom and Jerry in which Tom was significantly larger and more muscular than Jerry. The joke was that typically Jerry is the one to outsmart Tom, meaning that the juxtaposition of Tom as a huge, mythological figure made it almost impossible for Jerry to succeed. This is where the name of "Buff Tom" comes from, as the character is jacked and therefore much stronger than the more stereotypically scrawny Jerry.

The image would wait 4 years before being reposted on the /r/bossfight subreddit by the user space_squid on March 15th, 2018. It would then be reposted and retweeted many times after this iteration, typically with people labeling Tom and Jerry as different objects or people. Some of the memes became even more abstract, having Tom represent things that are much larger than things or persons, such as life and death.

The meaning of this joke is meant to be a juxtaposition, with Tom typically representing something that is much more powerful and unavoidable for Jerry. The joke then lies in the contrast, making it seem absurd that the smaller urge would ever be able to even go up against the larger problem. An example of this meme is Jerry being labeled as "8GB ram" and Tom being labeled as "One chrome tab", referencing how using Google Chrome can severely take up your computer's ram quickly. 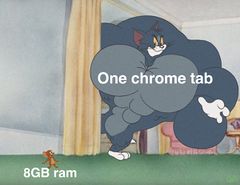 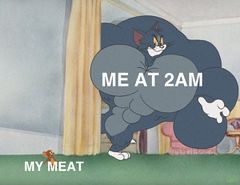 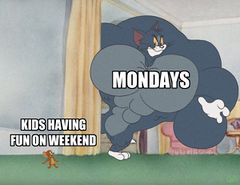 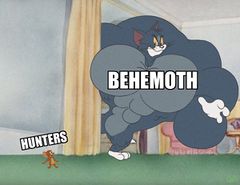