But It's Honest Work 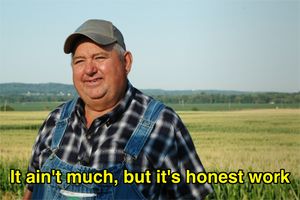 What makes a good meme work is its ability to apply to so many aspects of modern life. One good example is “It ain't much but it's honest work.”

The Honest Work meme is considered a reactionary image macro. This means it is a captioned image that was created in response to an action. The image is a farmer in overalls and the caption is “It ain't much but it's honest work.”

This image macro was created in response to the a 2014 article titled Soil Health Campaign Turns Two: Seek to Unlock Benefits on- and off-the-Farm. The article was posted by the United States Department of Agriculture. It featured a photo of Ohio farmer David Brandt.

In 2018, Reddit user pettergra posted the image under /r/MemeEconomy. It is pettergra who added the caption. The post was upvoted more than 18,000 times and eventually spread. Users such as yothisisyo used the meme and added the caption “When your teacher asks you why you have submitted only one of 20 paper homework.”

Since then the image and caption have been revamped to relate to any situation where the action—or work—is less than adequate for the situation even if it is correct. Think of it like this. If you asked your mom for a new Apple phone for Christmas and she gave you an android phone instead. She gave you a phone. She just didn't give you the phone you wanted. 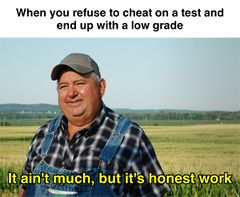 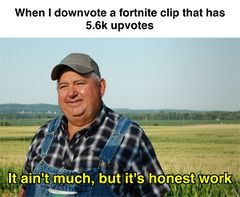 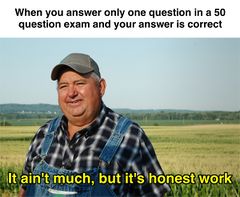 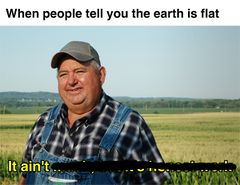