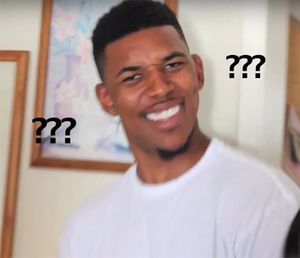 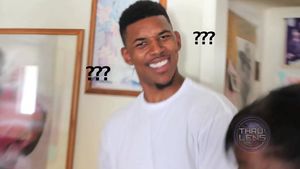 The “Confused Nick Young” meme features NBA star Nick Young smiling with his head slightly tilted to the side. Two sets of three question marks are on either side of his head.

The meme is a screen shot taken from an online series called Thru the Lens directed by Cassy Athena. The series followed a day in the life of athletes and celebrities.

Young’s episode was the first episode that was filmed for the series but was released as the fourth episode of the first season in 2014.

Athena followed Young and his assistant, Big Meat, as they laugh and joke about their way through life in LA with family and friends.

At one point, Young’s mother is talking to Athena about Young’s childhood. She says he was the neighborhood prankster who kept everyone worried that they’d be his next target.

She says that when he was a kid he even joked around when he was with a big NBA star. She said that when Cedric Ceballos played with the LA Lakers in the mid-90s, he worked out at a nearby gym. Young would walk in, grab the ball from Ceballos, put on a basketball performance that mainly involved acting crazy, hand the ball back to Ceballos, and then leave.

She said the Ceballos remarked that if that kid, meaning Young, ever took the game seriously, he’d be great. But, she added, “he was a clown then.”

When she refers to Young as a clown, he tilts his head in confusion. This is where Confused Nick Young gets its inspiration from.

For emphasis, someone added the question mark graphics to that screenshot.

Confused Nick Young is used to show befuddlement over something. For example, if you don’t understand the latest tweet from Donald Trump or why your favorite sports team just made such a bone-headed trade, the Nick Young meme will perfectly capture your mental state. 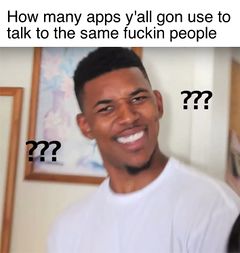 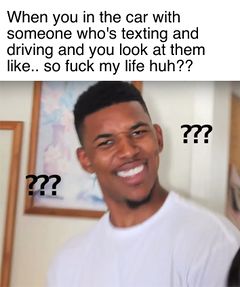 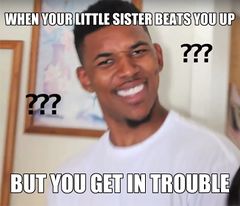 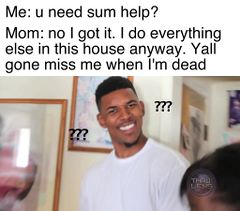