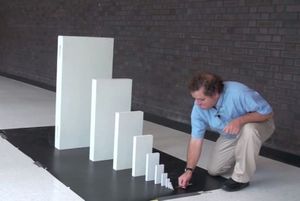 “Domino Effect”, otherwise called “Slippery Slope”, is a large scale picture arrangement including a photo of a man pushing the main tile consecutively of domino pieces that bit by bit get bigger and bigger in size.

The pictures normally highlight object names showing how a little introductory occasion may in the end cause critical results.

On October fourth, 2009, YouTuber Stephen Morris posted an instructive video exhibiting a chain response of falling dominoes that along these lines expanded in size.

On July 24th, 2018, Redditor rabbitflyer5 posted an object labeled form of the picture in the /r/PrincetonPhysMemes subreddit. This was the first time a domino effect meme was ever published.

The meme has only spread since, becoming increasingly popular on pretty much all major social media platforms. It is also one of the most easily recognizable and therefore easily understood memes now that it is all over social media. It is not done either, it is still being used everyday to poke some fun at any number of things.

The whole point of a domino effect meme is to poke a little fun at an event that was all caused by a small time happening. It also goes to show that even the smallest of actions can start the ripple on the surface that can turn into a tsunami. 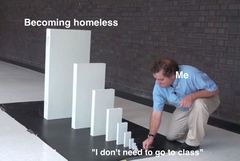 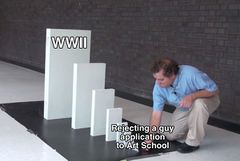 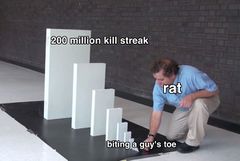 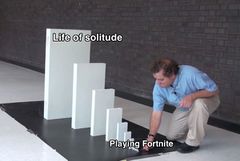