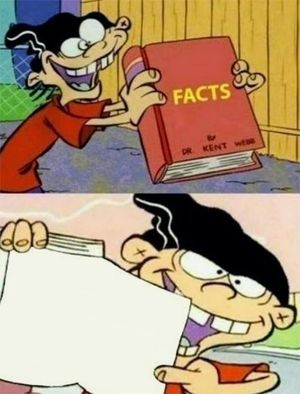 “Double D's Facts Book” is a still image captured from the television show Ed, Edd, n Eddy that aired on Cartoon Network in 1999 to 2008. In the first panel of the meme, one of the characters from the show named Edd, or Double D, holding a book with the word "FACTS" on it. In the second panel, Edd has opened the book, displaying a truth or fact.

The image originated from a 2003 episode of Ed, Edd, n Eddy. In the show, the book did not originally say FACTS and instead was a psychology book that Edd was holding to explain something to the other characters.

The image was not used as a meme until 2017 when it was posted to Facebook with the word "FAX" on an Ed, Edd, n Eddy group page. It was reposted six days later with a new title, "What to Protest When You Want Attention for Liberals." This example gained traction when it was reposted by the website Trump Army. Later less political versions of the comic were posted on Reddit and were successful.

Double D's Facts Book often contains a polarizing opinion in the second panel. However, it is typically something that can be interpreted as humorous and is accessible to a wide audience. In some versions of the comic, the second panel draws on previous memes.

This comic has been used politically and frequently draws on current events and media. The word "FACTS" is sometimes replaced to better prove a point in the first panel as seen in the Attention for Liberals example. 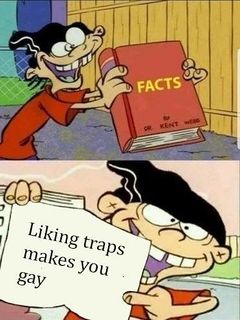 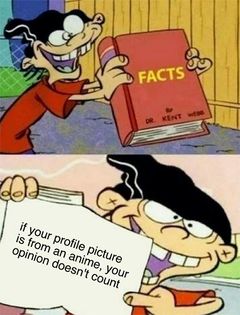 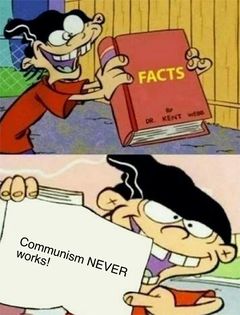