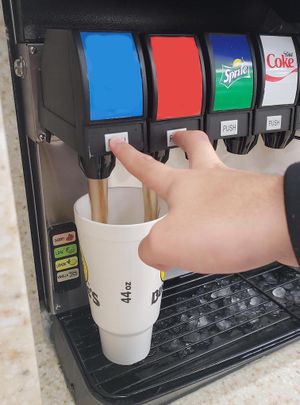 “Double Soda Pour” is easy to understand. There’s a large cup sitting under both the Pepsi and Coca-Cola dispensers on a drink fountain. A hand is reaching out and pushing both buttons, thusly filling the cup with both soft drinks. That’s really all there is to it.

It all started with a soda fountain and some sarcastic kid who probably filled the cup with both beverages just to be antagonistic.

This picture was posted on the subreddit known as /r/firstworldanarchy and the Internet was officially fed more garbage. The picture then spread to other subreddits, each picture containing its own interpretation and a meme was born. God help us.

It seems to playfully jab at the stupidity of humanity by creating various scenarios where a feeling is presented, but the action taken in response either directly contrasts this feeling or becomes the cause of this feeling.

In short, it’s a statement on how hypocritical and self destructive people are. 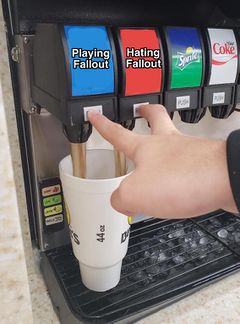 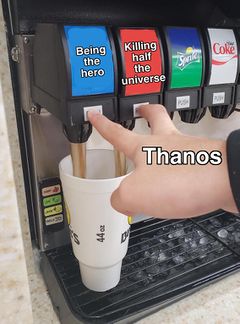 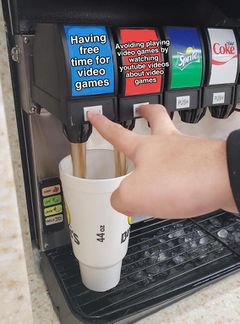