Everyone Is Stupid Except Me 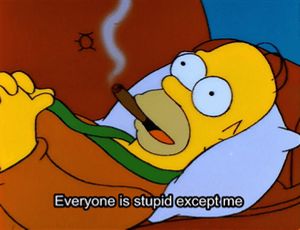 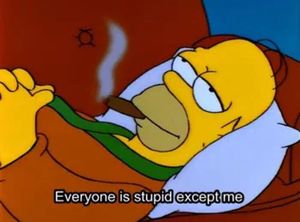 First uttered by the bumbling Homer Simpson, “Everyone Is Stupid Except Me” is a meme from “The Simpsons.” The laughable one-liner has evolved into a relatable meme that underscores the growing prevalence of third-party ignorance.

Homer’s witty remark dates back to October 8, 1992. During the fourth season of “The Simpsons,” Homer is particularly peeved in an episode entitled “Homer the Heretic.”

In the episode, Homer’s family heads to church, but he stays behind. While basking in his solitude, Homer relaxes on the couch with a cigar. It’s during this quietude that Homer makes a startling revelation: everyone is stupid besides him. He declares this aloud in hopes of validating the claim.

Much like the phrase suggests, the Everyone Is Stupid Except Me meme denotes self-righteousness. Those who use the clip are often displeased with the rising levels of idiocracy around them. 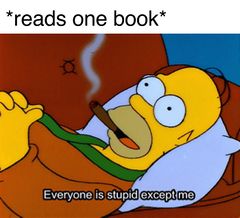 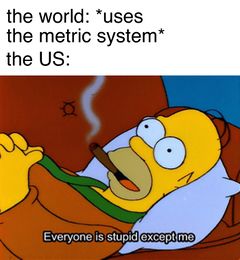 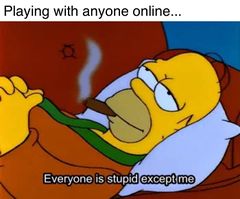 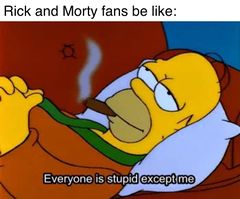