Fitness is My Passion 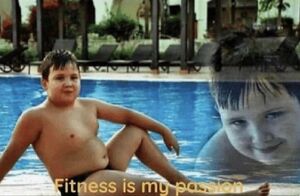 The meme known as “Fitness is My Passion” or "Boy Whose Passion is Fitness," is a reactionary image of an overweight boy lounging by a resort pool, joined by a ddouble exposure portrait to his right.

The image is usually applied as a reaction to express a senses of laziness or to sarcastically espouse the benefits of fitness and health.

The meme's source photo seems to come from a family photo taken within the egyptian resort town of Sharm el-Sheikh. Speculation as to when the photo was taken pins it down to some point in time within the year 2012.

The image's first appearance online seems to be December 7, 2013, occurring within a Tumblr post by "mosquewifi." This initial post garnered 45 likes and reblogs.

As mentioned in the About section, this meme is all about conflicting ideas about health. Examples of its usage include the following: 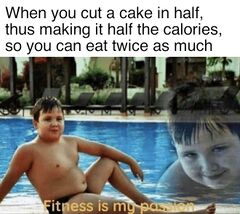 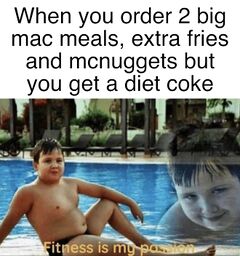 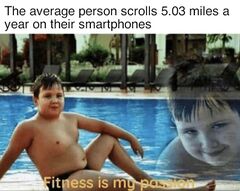 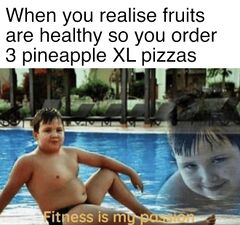