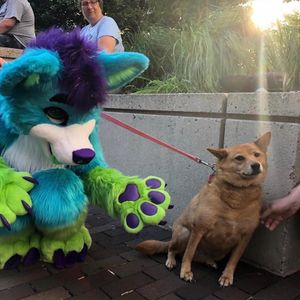 “Furry Scaring Dog” is a picture of an eager furry reaching out to a cute dog that seems scared or confused by the advances.

The expressiveness of the photo has made it an obvious template for object labeling memes, with both the dog and its fur-suited suitor being given appropriate text tags that convey the worldview of the memer to comic effect.

The original photo features fursuiter and Twitter personality rocketwolfski and an unknown dog in a public place. It was initially posted to Reddit on January 23, 2019 and rapidly rose to popularity. It earned almost 55,000 upvotes in the following hours and first appeared as a labeled image in a post to r/dankmemes just hours later.

The original meme tagged the furry as "weebs" and the dog as "Japanese people" and earned 16,900 upvotes. Since then the picture has spread prodigiously, first across Reddit and then on a variety of different social platforms.

The furry subculture has long been a subject of derision in the meme community, while cute dogs are a universally beloved chance to draw attention from the internet at large.

The look of apprehension and confusion in the dog, along with the strain of his leash, have turned this picture into popular shorthand for mocking groups looking to invite themselves into unwelcoming communities.

While subcultures like furries and anime otaku were the first and most obvious targets, newer approaches to the meme have drawn from more personal experience and more esoteric communities. 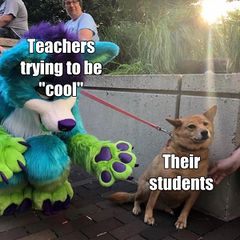 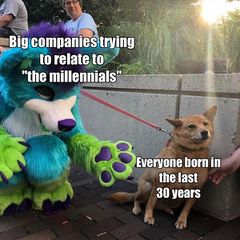 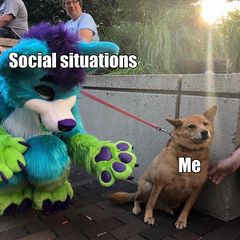 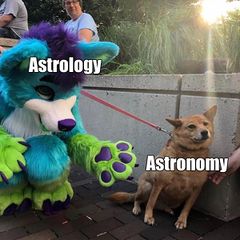