Give Me the Plant 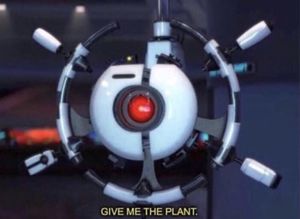 “Give Me the Plant” is a quote from the Pixar movie WALL-E that became a meme phrase. The quote is said by the movie's antagonist, AUTO. The scene is commonly used either in GIF form or just by quoting it.

The main goal of the protagonists in the film is to protect a plant that they found so that they can bring life back to a post-apocalyptic Earth. The movie's primary antagonist AUTO, an artificially intelligent robot that pilots the spaceship the last remaining humans are on, wants to prevent the Earth from being repaired at all costs. Eventually, later on in the movie, AUTO demands that the protagonists give him the plant they found. This is when the quote 'Give me the plant' is said.

Over a decade after the movie came out, the meme was born and later spread by Imgur user Darksamus8. The user posted a GIF to the website using the scene in which the quote took place in reference to events surrounding the video game Super Smash Brothers Ultimate. After that, several other edits and GIFs were made around the scene and posted on both Imgur and Reddit.

The meme is typically used in relation to some kind of plant. Sometimes literally, as in an actual plant of some sort.

Sometimes figuratively, as in relation to marijuana or in relation to a vegetable or fruit. The ultimate meaning when it is used is to convey, in a non-serious way, that the individual wants the plant in question. 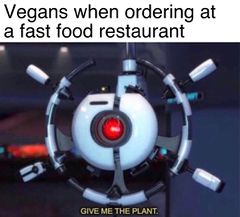 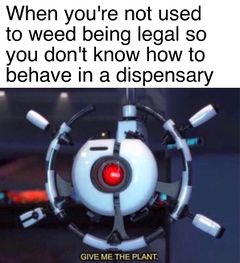 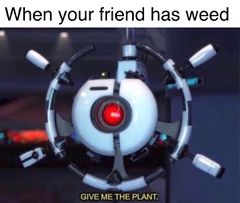