I'm About to End This Man's Whole Career 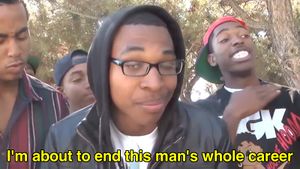 “I'm About to End This Man's Whole Career” is a meme phrase that originated from a popular YouTube video. The video in question was a parody of rap battles, and the quote was said by the main character of the video series, a rapper named Supa Hot Fire.

The quote originated in the first video of the rap battle parody series. The main character of the video was engaging in a rap battle with another person. Typically, the main character would say a humorous line that doesn't necessarily make sense or otherwise doesn't fit the character he is rap battling. Then afterward, the crowd would overreact humorously to the line.

The quote first became a meme when Reddit user MileHighMiracle posted an image to a subreddit with a picture of the quote while referencing workplace harassment lawsuits. This began to take off and many more edits followed, referencing anything from Reddit features like downvoting to various forms of social media. Afterward, the image and edits of it started appearing on different websites and all across social media.

When the meme is posted, it's generally to reference that something relatively small or innocent is going to end an individual's career. Most of the time it's something small that wouldn't end any careers under normal circumstances.

However, it can also be used to signify that an individual may not know how badly they've messed up. The quote is often used to reference things such as controversial topics in the media, politics, and social media. 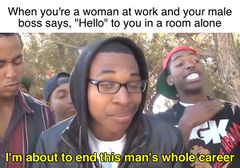 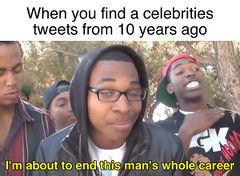 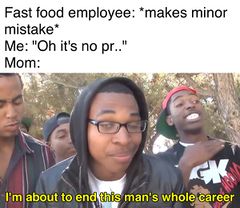 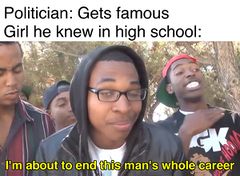