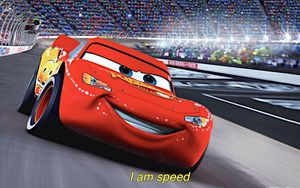 “I Am Speed” refers to a meme quote that is said by the Cars character Lightning McQueen. Screencaps of the scene involving the quote are often used as part of jokes in other formats.

The phrase "I am speed" is uttered in the movie by Lightning McQueen mid-race to inspire self-confidence. While the character acted typically self-confident to the point of arrogance throughout the movie, the quote being uttered by him signified that he was not all that confident in himself as a racer.

Edits of the scene involving the quote started to spring up in March of 2019. The first one was made by Reddit user jeIbest. That first edit was a reference to the text blackout meme in which some characters are removed from a quote to make it spell out something different. This first edit in particular referenced bathroom habits.

Since then the format took off. Most of the edits being made immediately after the first one were similarly in reference to the text blackout format. Afterward, new edits were made that involved the original quote. These new edits referenced things such as completing a test fast due to not knowing anything on it as well as various different video games.

There are two main formats in this meme. One is a text blackout format, and the other is a more traditional format with text above the image. The text blackout format is just used as a short joke to spell out some words using the characters in the quote. The more traditional format is more popular and is generally used to humorously convey that something was done faster than normal. 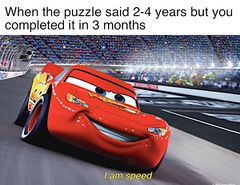 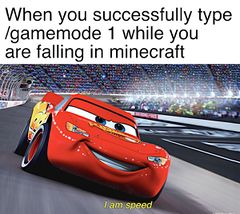 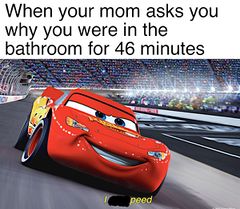 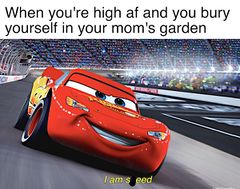