I Bet He's Thinking About Other Women 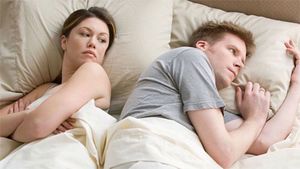 “I Bet He's Thinking About Other Women” is an image macro that has taken memetic status on the internet. The photo is a stock image of a couple in bed with the woman with her back to the man turning her head with a look of concern while the man is completely turned away from the woman with a look of intense contemplation on his face. The stock image itself seems to imply a couple experiencing relationship problems but the image has been co-opted into a series of ridiculous memes satirizing the idea.

The origin of the meme appeared on Twitter in December of 2016 when a user posted a picture with a couple in a similar position to the most famous version of what the meme would become. The woman could be translated from Spanish to roughly say, "He must be thinking of someone else" while the man's caption translates to "Why are there sounds in Star Wars when there's no sounds in space?"

In July of 2017, an similar Instagram post showed the same image macro with the caption (now in English) changed to the man asking why they keep make The Fast and the Furious movies.

In that same month, the image used changed to the one most famously used currently. The image can also include Photoshop alterations to deliver a better punchline.

The trend of the meme typically revolves around either sports or nerd culture, the joke often implying that the woman doesn't really understand the male-oriented hobbies of her boyfriend/husband. The joke also usually implies that, while the woman is in serious (if mistaken) contemplation, the guy's intellectual pursuits are often juvenile and trivial by comparison. 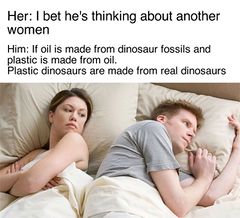 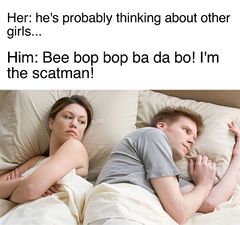 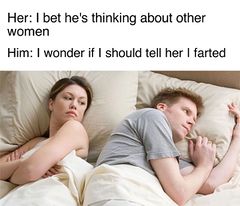 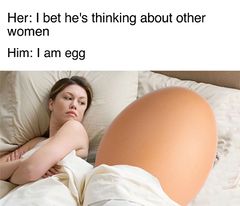