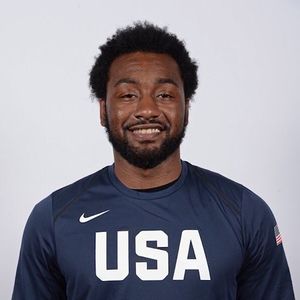 A John Wall Looks Like meme has been making the rounds on social media. It came after John Wall posed for his Team USA photo and his current team put it up on Twitter. As soon as the Washington Wizards put the photo on social media it was over. Plenty of people started making jokes and comments about how goofy Wall looked in the photo. The original tweet disappeared but others have remained.

The Team USA basketball photo emerged online on Thursday, July 26th thanks to the Washington Wizards. Wall has played his entire career as a member of the Wizards and is regularly promoted on Twitter by the team. Most of the time, it’s due to his stats or performance in a game, or other positive aspects, like playing on Team USA.

However, the new photo started to get a lot of negative reactions on social media after the team had posted it. That prompted the Wizards to remove the image in an effort to take the negativity away. That didn’t work so well, as plenty of websites and Twitter users saved copies of the original image. That allowed plenty of fun memes and captions to show up online.

Basically, the John Wall photo for Team USA was described by some as “not so flattering”. The photo shows Wall wearing a dark blue Team USA practice t-shirt. His hair seems messed up a bit and in need of a fresh cut. Wall also has a weird expression on his face that many people have been making jokes about, saying he “looks like” this or that.

Some of the jokes about the meme have talked about how John Wall looks like he is drunk or might have been smoking something. Others reference the fact that Wall is in Las Vegas and may have been having some fun at the casinos all night. There are also jokes bringing up the fact that Wall may have that look due to his team signing Dwight Howard. 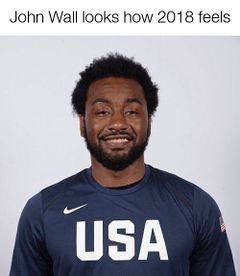 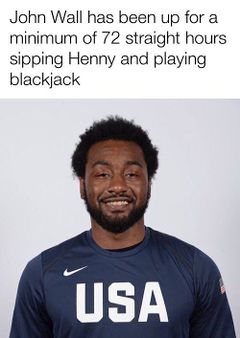 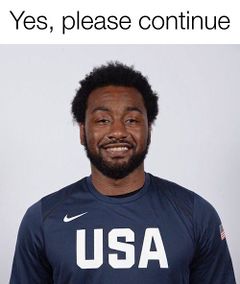 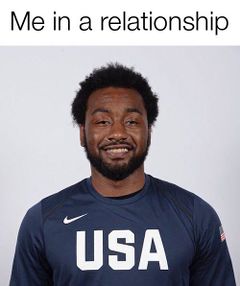