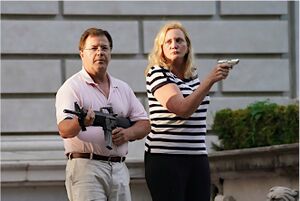 Mark and Patricia McCloskey are personal injury attorneys who live in an upscale neighborhood in St. Louis.

On June 28, 2020, right in the midst of the George Floyd global protests against police brutality and racial injustice, these legal eagles were renamed "Ken and Karen" because of their over-the-top reaction to a peaceful march outside their home.

The McCloskeys came out packing some serious heat, thus making protesters very nervous; this being 2020, the incident was caught on video and made into a meme.

The video was immediately posted on Twitter, where it gathered more than a million views in less than 24 hours. The couple fit the description of wealthy, entitled, clueless, and exaggerated Caucasian Americans whose middle-aged attitudes and reactions do not fit the reality of the 21st century.

It did not take long for stills from the video to be cut and pasted into funny observations; on Reddit, one particular version featuring Grant Wood's American Gothic painting proved to be very popular. Even United States President Donald Trump shared the video on Twitter.

This meme is simply a sign of the times.

Even though the McCloskeys would later point out that they support the Black Lives Matter movement, and that they noticed that the African-American protesters marching past their home were actually the best behaved of the group, they will forever be remembered as "ridiculously out of touch Ken and Karen." 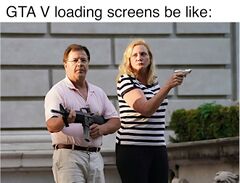 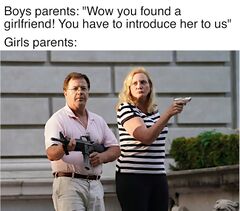 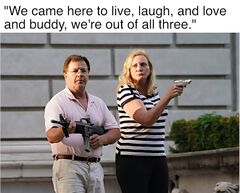