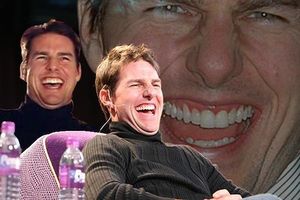 One of the more popular memes is the one featuring actor Tom Cruise. The original video was often in 2006 laughing while doing a conference at the Yahoo headquarters. This has grown and changed dramatically over the years but it generally features pictures of him laughing on a background.

It was uploaded firstly by a user named Maximum Mitch. In 2008 another person on YouTube uploaded a video titled “Tom Cruise Maniac Laugh (REMIX)”. It was put along with another video with Tom Cruise where he was getting interviewed by the Church of Scientology and these videos got over 200,000 views. Then in April 2008 accompany published another video which had a lot of people laughing like a maniac along with Tom Cruise. And since then this meme has become a smash hit and is one of the most popular means on the Internet.

It is generally used when you write about doing evil things and having no consequences for those things. There has even been a community of people built around these memes. There are also many other actors and actresses who have had their faces built into similar memes. It is one of the most hilarious things on the Internet and there are also many places where people can simply go and edit these images to put the words that they want to write.

It has spread like wildfire since being introduced in 2006 and that is why many people have adopted it and use it so extensively to talk about when things are going right. There are a lot of important questions that one must ask for it. It talks about a lot of things that people would find to be very important about what can happen to something up in life. Some people never face consequences for their actions and in the end, they can turn into maniacs who have no conscience and feel like no matter what they do they are never wrong.

That is one of the most powerful memes you can have. It teaches you a lot about philosophy and that is why these images have so much power on the Internet. They also Convey a special message that you will relate to and it is only in a few words. For example one of the About Tom Cruise is been happy that you were hired for a job that you were not qualified for. This shows that in life a lot of things did happen to good people that never happen to bad people. You don’t always get what you deserve and this is something that can bother a lot of people. This means is a very funny and interesting one. 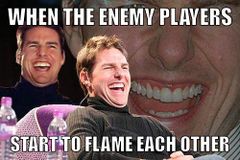 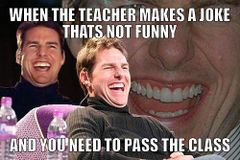 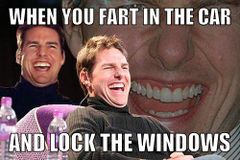 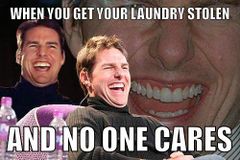