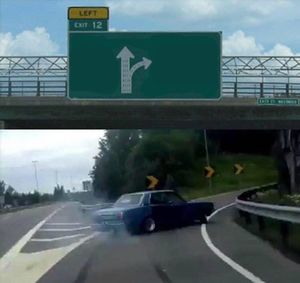 “Left Exit 12 Off Ramp” is an image that is used in a variety of memes. The image shows a highway exit with a large sign above it and arrows indicating both the main road and the exit. The road names that would normally be on the sign have been erased, enabling the meme creator to fill in whatever text desired. Below the sign, a car is turning; it has missed the start of the exit and has come nearly sideways across the painted divider, skidding hard enough to throw up clouds of tire smoke.

The image was originally released on Reddit near the end of 2017 as a template for users to create their own memes with. The original was captured from a video called "How to Exit Freeway Like a Boss," of a car skidding all the way up an offramp in Norway, which was uploaded to YouTube in 2013. The American-style road sign, which does not appear in the original video, was added later; note that while the sign says "Left Exit 12," the exit is on the right.

The exact meaning of the meme depends on what text the creator adds to the sign and the car. In most versions of the meme, the "straight" arrow is labeled with something negative or unwanted, while the exit arrow is labeled with what the creator sees as a superior alternative. The car itself is usually labeled to identify who or what is making the choice between the alternatives.

Since the image captures the car in the middle of making a hard, violent turn toward the exit, it suggests that the subject is making the decision as fast as possible, without hesitation or forethought. It is sometimes used ironically, with the car turning away from a "normal," positive choice in favor of something weird or dark. 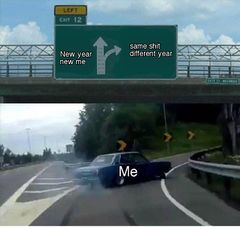 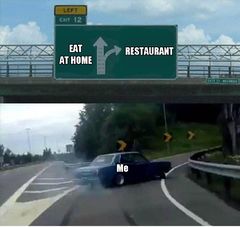 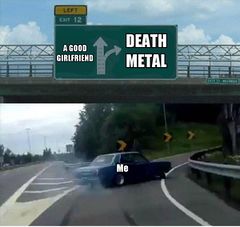 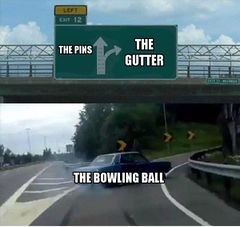