The “Letter to Murderous Santa” meme is a four-panel comic template featuring Santa's violent reaction to the incendiary notes children leave him. The first two panels of the comic illustrate Santa Claus climbing into a sleeping child's bedroom and finding a note on the nightstand. The third panel reveals the contents of the note, and the fourth panel shows Santa covering the child's head with a pillow and pressing a gun to it.

The humor of the meme stems from the note itself, which users edit to include surprising and often hot-button comments, such as, "The Star Wars sequels are best."

The meme first appeared on Facebook on December 19, 2018. Created by user spaceboycantlol, the original note asks for a gender-neutral Santa for Christmas. The comic received minimal attention, attracting just 24 shares in five days.

On December 20, however, a Reddit user posted the comic on a subreddit with altered text, and the post received 19,000 points in four days. Subsequently, the comic exploded in popularity as users of Reddit and other forums posted their edited versions of it.

"Letter to Murderous Santa" is funny because it depicts Santa Claus, a traditionally jolly character, as violent. Santa's murderous rage is usually disproportionate to the contents of the note, making him seem impulsive and insane as well.

The template is an amusing platform for comic editors to ridicule other people's opinions by editing them into the note, suggesting that some beliefs are crazy enough to make even Father Christmas go postal. 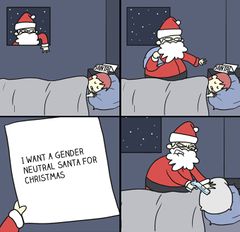 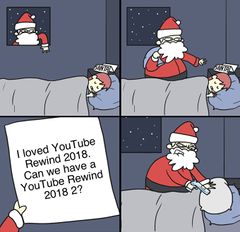 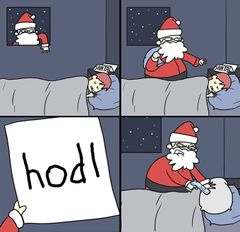 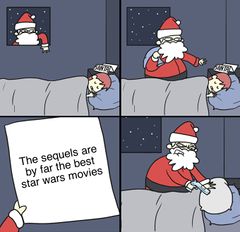