Man It Hurts To Be This Hip 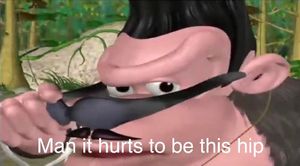 In the episode of Donkey Kong Country called "Hunka Hunka Burnin' Bluster", Leo Luster sings the lyric "Man, it hurts to be this hip".

This line would be sung on June 2nd, 2000, but wouldn't be really noticed until it was posted as a screenshot on the /r/dankmemes subreddit in November of 2018.

The original caption for the photo was provided by SwAg_LaMp and said "Corporations when they tweet a dank maymay". This attitude of using the Donkey Kong Country screenshot as an ironic reaction image became immediately popular, sparking the meme's spread to various other social media sites and internet communities.

The reaction image became widespread and even involved in other formats, such as 2 panel memes and tweets.

People using the Donkey Kong Country reaction image are typically expressing feelings of irony, with a majority of the memes highlighting an action or organization that is explicitly not hip, contrasting that with the insinuation that "it hurts to be hip". An example of this use of the reaction image would be a meme with the caption "When a grown-ass adult does a fortnite dance", followed by "Man it hurts to be this hip".

As the meme grew, though, people began playing with the format, sometimes even editing the original reaction image to make use of potential wordplay with the word "hip". For example, somebody captioning the image as "People when they turn 60" and blacking out part of the reaction image so it says "Man it hurts ____ this hip". 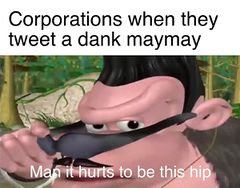 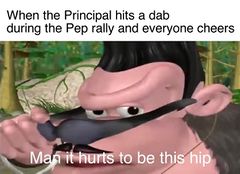 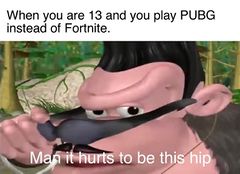 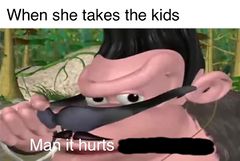