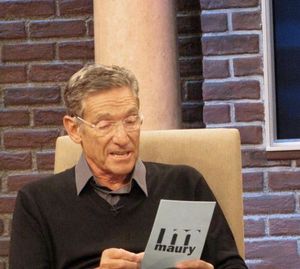 Maury Lie Detector, with its appellation The Lie Detector Determined That Was a Lie, is a series produced by advice animal image macro, which captures a screened image of a talk show host Maury Povich, with write-ups that proves some claims as lies. The series showcases motifs through the use of lie detectors, which is similar to another series called You Are Not The Father, which makes a mockery of Maury’s talk show in trying to find out the birth father of a child.

The series is dated back to October 2nd, 2012 when a page themed “Maury Povich LOL” surfaced on the website of image macro, with Povich’s image reading from a card which ended each phrase with identical captions “the lie detector determined that was a lie”.

One of the recurring themes of the Maury show is the use of Polygraph testing, which occurs predominately in different episodes. This Polygraph testing theme could be seen in the video shared for reference purposes.

As the name implies, a lie detector aids in figuring out when a person tells the truth or lies about something when giving answers to some specific questions. As such, the essence of Maury Lie Detector show has proven itself very effective. Although not until September 21st, 2013, little or nothing was know about the lie detector meme.

The show exposes ills of humans -lying- in a comical way. Since the time of creation, human always does everything possible to cover up. Therefore, the need for a lie detector cannot be overemphasized.

The show questions the veracity of statements humans make, which later are considered lies, as seen in the memes that carry some captions.

It makes references to real life issues like a debtor who promises to pay back the money he owes but never pays, or someone that lies about where to have his/her lunch amongst other references as revealed in the meme.

In essence, the show tries to tell that most things humans say could be lies and that lying is almost inevitable to the human race. 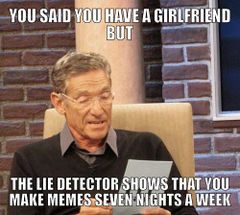 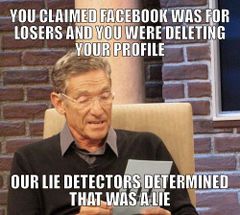 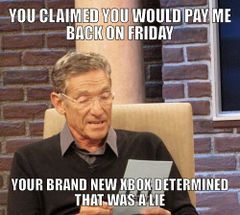 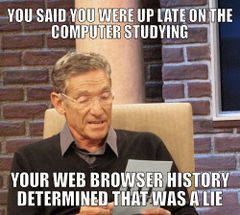