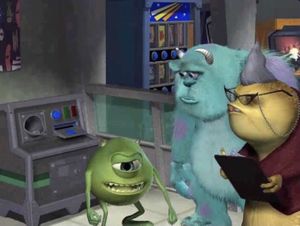 “Mike Wazowski Explaining Things” is the name of a meme originating from a video game based off of the Pixar movie Monster's Inc. The format that came from this typically involves putting different labels on each of the characters.

The game the meme comes from is called Monsters Inc: Wreck Room Arcade, a game based around the children's animated movie Monsters Inc. In this game, there's a scene in which the character Wazowski is complaining to two other characters. In the still image used in the format, Wazowski appears to be very enthusiastic about what he is saying while the other two characters look disinterested.

The first entry into the format was made in February of 2019 by a Reddit user. This edit referenced the user's younger sibling explaining their dream to the user and their mother. Afterward, more edits starting popping up primarily on Reddit. Most edits made during this timeframe were focused on the things people are excited about when they're children. Soon after, the format began to spread to various forms of social media as well.

The meme is typically used to convey that a person is overly enthusiastic about sharing something.

Typically, this is used in reference to younger siblings or children. One popular version of this kind of reference is a student explaining something to their school's administration.

However, the format can also be used to reference those who have very niche and non-mainstream interests. 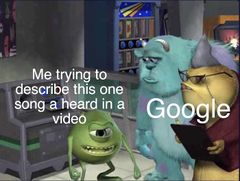 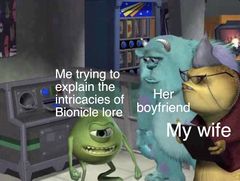 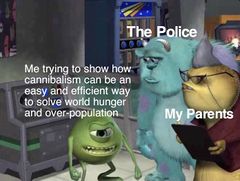 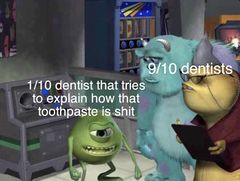