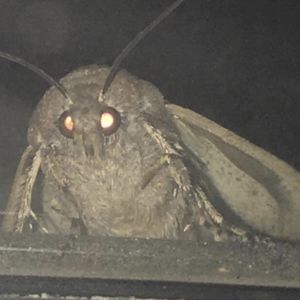 The Moth Lamp meme refers to a series of humorous jokes about the fact that moth bugs are strongly attracted to bright lights - in this case, a lamp. As with many similar memes, moth lamp was born on the social media website, Reddit. It surged to popularity after a picture of a giant moth reached the front page during the summer of 2018. Upon its emergence, Reddit users began to photoshop the moth into other pictures and memes, often including captions that referenced the moth's fondness for lamps and other bright objects. Before long, these photoshops and jokes began to spread to other social media platforms, such as Twitter, Facebook, and Snapchat.

The moth lamp meme was created on July 14th, 2018 when Reddit user No_Reason27 posted a close-up image of a large moth that was outside of their window to the "Creepy" subreddit. The picture accumulated over 35,000 upvotes on its way to the front page. The post also garnered over 1,400 comments. Among these comments was a message that simply read, "Hey buddy you have any LAMPS?!". This comment, by Reddit user drqxx, likely formed the first link between the moth image and lamp humor. By combining the No_Reason27's image with drqxx's comment, the moth lamp meme was born.

Much like other memes such as "Mr. Orange," "Layers of Irony," and "When You See a Lemon," moth lamp belongs to a series of memes known as Surreal Memes. These memes are generally intended to be ironic in nature and are usually quite artistically bizarre. These memes derive a large portion of their humor from their absurd style and often-strange captioning. Though they are similar in nature and meaning to both Deep Fried Memes and Dank Memes, there are some subtle differences. Most notably, Surreal Memes tend to feature a much more minimalistic style than their counterparts. 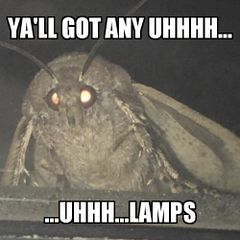 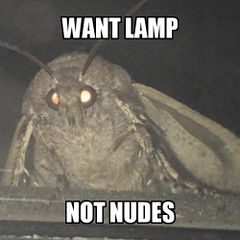 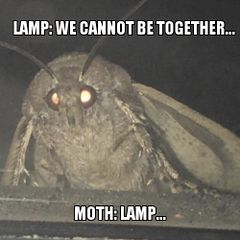 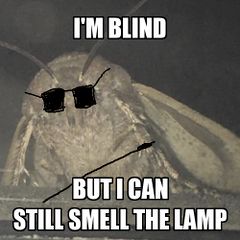