My Goodness What an Idea 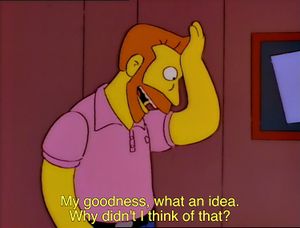 Images of this scene are typically used to convey an obviously false sense of praise.

The line was uttered by Hank Scorpio when Homer Simpson suggested that Scorpio gets hammocks for his tired employees. Scorpio responds enthusiastically with the quote alongside some extra dialogue about hammocks. Due to Scorpio's overly enthusiastic attitude about the hammocks, it's often interpreted that he was praising Homer Simpson a bit dishonestly.

The meme started in June of 2014 when a Tumblr user first uploaded images of the scene including the quote from Scorpio. About a year later, Reddit user IonTichy uploaded an edit of the image as a reaction to a Reddit post about an alarm clock that slaps its user in the face to wake them up. Later on, an Instagram user made an edit referencing bad mental health advice.

The format took off more in late 2018 and early 2019 when multiple edits of the format were made and posted to Reddit. These edits typically referenced things such as depression and other mental health issues as well as the bad advice commonly given for those conditions.

The meme is generally used to convey a sense of sarcastic praise. This can be in reference to any kind of common advice that an individual may get in relation to an issue he or she is having.

The most common topics that are used in the format are mental health topics as well as historical events. 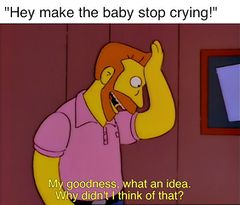 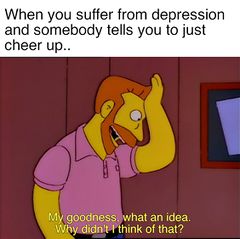 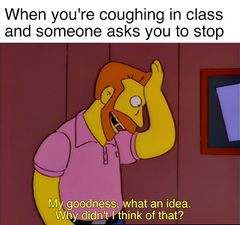 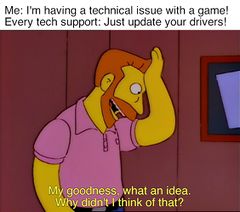