No you fucking idiot 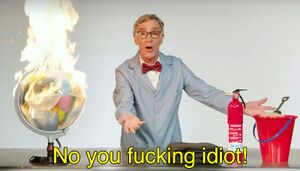 The “No you fucking idiot” meme comes from the LastWeekTonight show on HBO.

Climate change is a normal process that occurs naturally, though the current speed and severity of modern climate change are on par to change the world permanently.

Scientists like Bill Nye have largely failed to get people excited enough about the potential havoc that unfettered climate change could wreak on society, which is why Bill Nye felt as if he had to do something as out-of-pocket as setting a globe on fire and saying, "The planet is on fucking fire."

Just over a month ago, on May 12, 2019, Bill Nye appeared on an episode of Last Week Tonight With John Oliver.

The producers on the show had scripted the Bill Nye bit, though it's still funny - at the very least, if not funny, then it's quite entertaining - so that he would begin performing his lines, as well as light the globe on fire, after John Oliver, the aforementioned show's host, started explaining the Green New Deal, a lineup of policies that would collectively and individually reduce humans' ecological footprint left behind on planet Earth, thereby slowing the rate of climate change and preserving the Earth for future generations.

Most of the image macros of the meme were pulled from HBO's YouTube upload of the Bill Nye segment.

It's obvious to anybody who has kept up with planet Earth in the last few decades that climate change is real and it's not stopping. This meme is often used to express sarcasm. 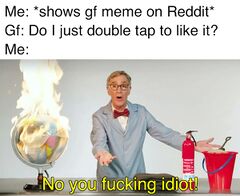 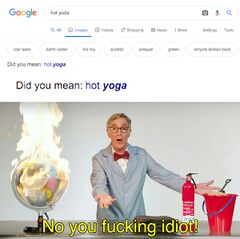 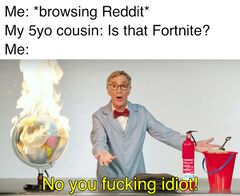 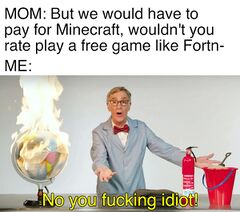