Odin Is With Us! 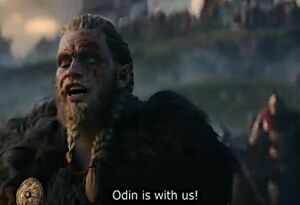 The “Odin Is With Us!” meme originates from Assassin's Creed Valhalla, the latest game in the Assassin's Creed video games series for multiple platforms. The game isn't set to be released until the holiday season of 2020, but its trailer is already generating excitement.

The quote is spoken by the main character, Eivor. He is a viking warrior that follows his leader to battle, traveling from Norway to England. When his leader is killed, Eivor's strength is rejuvenated, even though the outcome of the battle seems glim.

As a strange hooded figure appears on the battlefield and a bird flies overhead, Eivor yells to the troops "Odin is with us!" This was meant to inspire the men to continue fighting, even against the greatest of odds.

As the origin of the meme would suggest, it is used for situations in which all hope seems lost, but you persevere anyway. A few examples are: 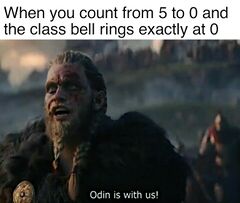 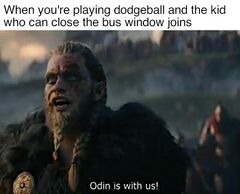 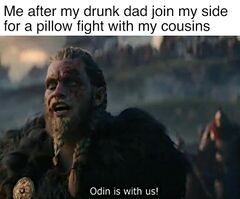 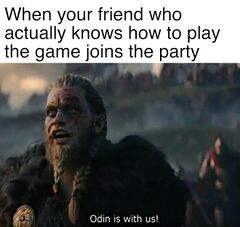