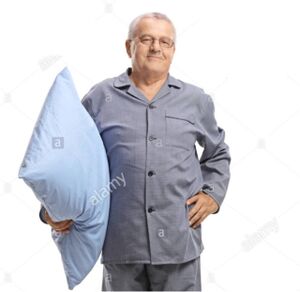 “Pajama Guy” uses a stock photo of a pajama-clad man carrying a pillow in his arm as a lead-in to ItsaMeeHibob24's request on the "Me_irl" subreddit to make it a proper meme so that they could have an excuse to wear pajamas during their school's special theme "Meme Day."

January 28th, 2020 would be the day that ItsaMeHibob24 posted the stock photo.

As covered in the About section, the user showed an awareness of how his school has a theme day and sought to manipulate the power of the internet to achieve that goal. ItsaMeHibob24's goal seemingly being the desire to go to school without the need to change out of their bed clothes. The post collected over 62,000 points in only two days with an upvote percentage of 81%.

The usage of this particular meme has boiled down to finding a way to incorporate a pajama-clad man carrying a pillow into some sort of expression or sentiment. Examples of this sort of memetic fun include the following. 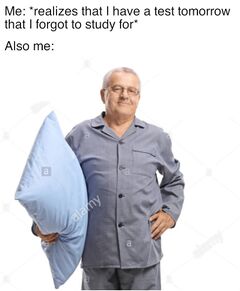 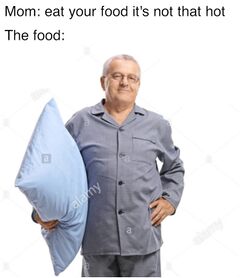 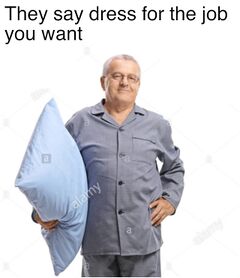 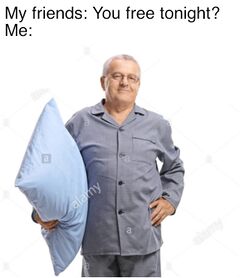