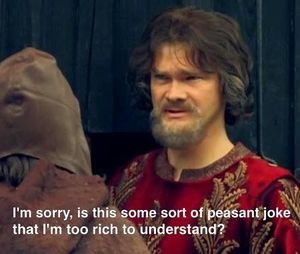 “Peasant Joke” is a meme that started in the mid-2010s. It's currently used as a reaction on social media with the intention to express the poster's superiority.

The meme comes from an image and line from the TV show Horrible Histories, series 3, episode 12. It features a still image of actors Simon Farnaby and Mathew Baynton in the roles of lord and peasant respectively. During this episode, the line "I'm sorry, is this some sort of peasant joke that I'm too rich to understand?" was a response to the peasant asking for a wage increase as most were dying of plague.

It was also used on May 12, 2018 by Reddit user King_Abdul under the subreddit StarWarsBattlefront. He was pointing out how EA didn't deliver on an update that they promised their followers.

It grew in popularity on January 29, 2018 when Reddit user u/creepybeagle posted it under the r/memes subreddit to mock Facebook. It gained over 16,000 points.

Since it gained popularity, people have used it to react to comments and jokes made by people who tell jokes or stories that aren't interesting or humorous to the poster.

The quote has also been used on Whisper with a different image of a person who appears wealthy. She's bathing in a tub of money and appears to be using the expression towards people who are less than her.

When people who are in the working class experience problems, wealthier people may not understand. The meme is demonstrating the class divide.

So, if a poster makes a joke or comment, the poster will use it to show they don't understand because they don't experience the same issue due to their socioeconomic standing. 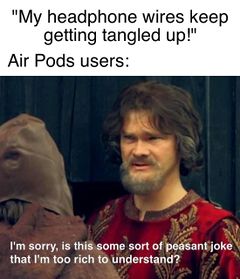 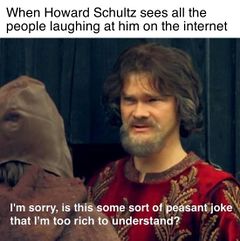 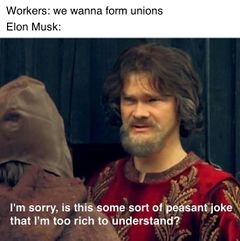 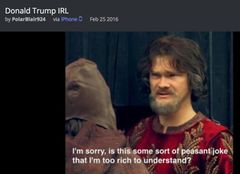