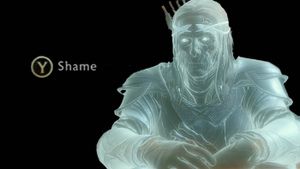 Images of this meme are usually presented with text above the image of a ghostly figure from Shadow of War with a floating Y to his side indicating the creator has chosen to Shame the option read above.

For example, the caption can read, "When people say this meme won't get as popular as the Pikachu one," and the response would be that image of the figure presented with the option to Shame.

Sometimes the image of the ghostly figure appears under the caption, sometimes to the side of another image.

The game Shadow of War presented rather meme-worthy selections, such as Press X to Doubt and Y to Shame.

When confronted with certain conversations and interactions, you have the option to choose how you respond. Doubt, Shame, Pray, Mount, and others within the game have become popular responses to situations, giving birth to this new genre of memes.

Another great example illustrating this reads, "When you see your friend laughing at a meme on Reddit and then putting it on Instagram," the response is to shame that friend for their action. 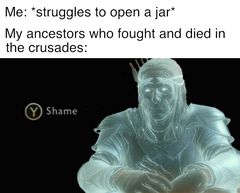 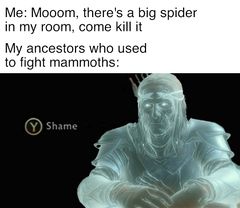 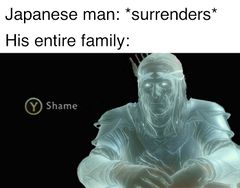 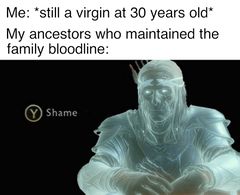