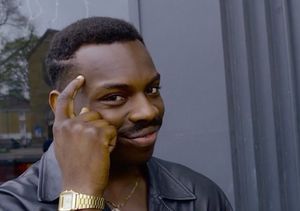 You can't be broke if you don't check your bank account

All three statements similar in their faulty logic, a signature characteristic of the “Roll Safe” meme.

The scene is of the character Reese, also known as R.S. or Roll Safe, as portrayed by the actor Kayode Ewumi (not Eddie Murphy) in the BBC Three documentary titled "#HoodDocumentary | Happy Belated", just before he is about to meet up with one young lady that he was taking out for lunch for her birthday. The cameraman asks Reece if he is attracted to her intelligence whereby Reese responds with a sexual innuendo saying "she's got good brains" followed by a squeaky laugh, implying she is good at oral sex, and after a short pause, Reece points to his head.

The scene was first made into a meme on twitter account @trapafasa, where on January 22nd, 2017 he posted the picture with the text "men are trash tweets have gone down by 70%, well February is approaching", implying girlfriends buttering up to men in hopes of getting a date for Valentine's day. The tweet received 18000 retweets and 17000 likes within eight days of being posted.

The day after the original post, @RyanWindoww tweeted "you can't be broke if you don't check your bank account" using the same picture of Reese, which received.

The main point of the meme is to illustrate blatantly flawed logic and bad decision making, and often times the flaw is quite obvious. Neglecting to check your bank account won't make your money problems go away and not sleeping through your alarm won't satisfy your lack of sleep, though not getting into a relationship just may be the solution for avoiding infidelity so there may be some merit to the advice.

Generally, it's just funny to laugh at obvious stupidity. 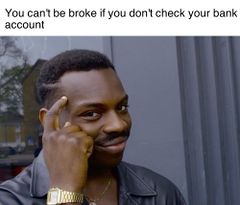 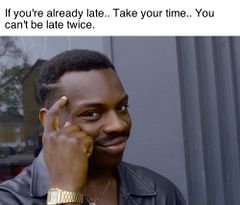 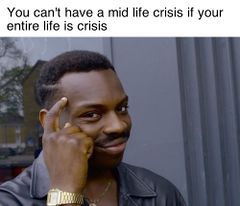 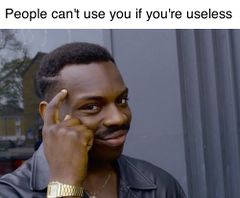