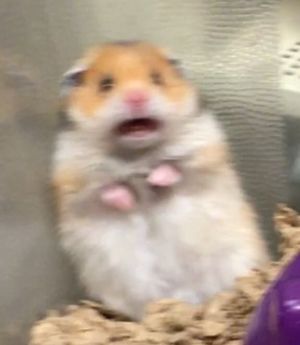 Like kids, animals can do the darnedest things! Scared Hamster, aka “Screaming Hamster”, features a bit of pet shop hilarity. Most people are used to seeing hamsters with a twitchy and toothy blank facial expression.

This little guy has no problem as his owner changes the kibble dish. It’s tough to tell what he is really saying, but the pinned ears and OMG mouth position sparks the imagination. It’s the perfect meme for attaching humor, disgust, fear, or surprise.

Apparently, this pet shop resident became a viral star when its owner captured a video of a routine feeding. The owner said that this hamster screams for joy every time its food is changed.

One day, she decided to share the unique expression with the Twitter-verse. The post received more than two thousand retweets, and hundreds of thousands of followers.

After the tweet success, this hamster’s caretaker realized how universally appealing the cute critter really was. She created a screenshot of the hamster backed against the wall of its enclosure. In response, many followers attached amazingly inventive and snarky comments. They centered on surprise, fear, and what total disgust looks like when it’s wrapped in a cuddly fur ball. 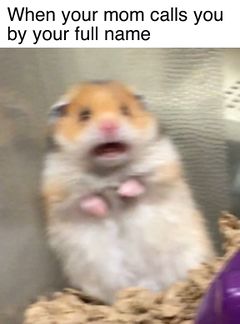 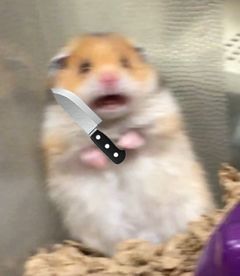 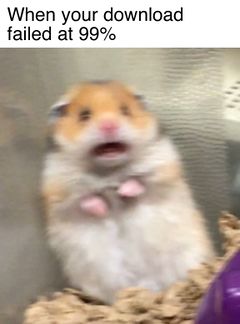 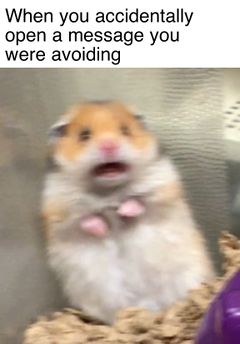