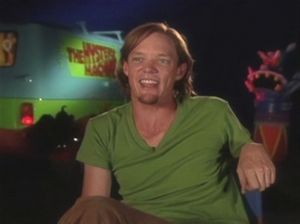 “Shaggy's Power” may be a confusing meme to some people, as the character is known for his immense cowardice and dedication to laziness in the Scooby-Doo series.

However, Shaggy's Power plays off of this by providing an opposite juxtaposition of the character as a god-like being with infinite power in image macros and photo-shopped images; These images will typically jest and show Shaggy stating that he's only using a small percentage of his actual power to defeat other powerful protagonists and antagonists in popular western and eastern fiction.

Shaggy's Power is directly linked and stems from another meme, Ultra Instinct Shaggy.

Ultra Instinct Shaggy gained popularity on October 12, 2017 when a YouTuber by the name of Midya posted a scene with Shaggy acting out of character and delivering a beat down to a gang of bikers in Scooby-Doo Legend of the Phantosaur with various slow-mo cuts and Goku's Ultra Instinct theme, Ultimate Battle, edited in.

Shaggy's Power is very similar to this, although it focuses on other series rather than just Dragon Ball Super. The first known example of it being used outside of the Ultra Instinct context is when Nekros-of-Mokey, an artist on DeviantArt, posted a comedic fiction of Shaggy defeating Madara Uchiha from Naruto and stating that he only used a fraction of 1% of his power.

The meaning behind this meme is that it's a parody of ridiculously overpowered protagonists and antagonists, mainly in shonen anime where characters have insane powers.

A lot of its comedic value also comes from the fact that Shaggy himself isn't a powerful character and lacks the traditional values of a hero. Don't tell him I said that though, I don't want to test Shaggy's might and it looks like he's already prepared to deliver a beat-down on me for simply implying he isn't that powerful. 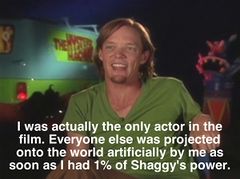 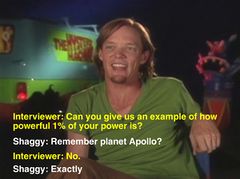 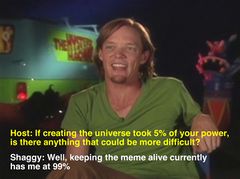 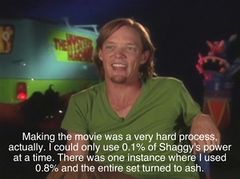