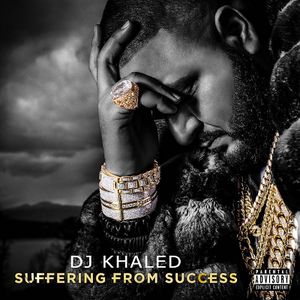 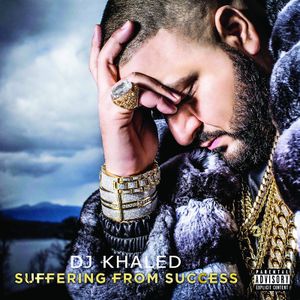 “Suffering from Success” expresses an emotion that (apparently) many people relate to—that feeling when your own awesomeness is so great that it causes you agony.

The meme features a kingly man who is obviously the epitome of success. I mean, he’s wearing a fur coat. And about ten gold chains. And a ring with a diamond the size of a grape. But he looks like he just got dumped by his girlfriend and evicted from his home and burnt his tongue on his morning coffee all in the same day. A friend might ask him, “what terrible thing happened to you?” And he would sniffle and respond, “I just did too good.”

The image is cover art from an album DJ Khaled released in 2013 titled, obviously, Suffering from Success. Khaled released both a normal album and a deluxe version. Each features the same image, but the deluxe is printed in heavy black and white and creates an even stronger brooding vibe. Both album covers have appeared in memes.

The meme first appeared in 2015, when Tumblr user milesupshur captioned, “when u make a popular post and it blows up your notifications” and posted it on Tumblr. “Suffering from Success” proved to be post popular enough to cause this very issue, accumulating around 247,000 likes and reblogs between 2015 and 2018. Other variations of the meme appeared and accrued their own fame. In July 2017, Reditt user CloudTower posted a version to /r/MemeEconomy subreddit, accumulating around 370 upvotes; the same user later posted a different version to /r/dankmemes—this time, gaining 4,300 upvotes. Other variants on it kept appearing, and by 2018 these memes were all over Reditt. These continue to be popular, and as long as people’s creativity doesn’t run dry, it’ll likely continue gaining upvotes and retaining fame.

“Suffering from Success” has a fairly straightforward meaning. The captions attached to it show the irony of situations in which people have too much of a good thing—too many notifications to sort through with a popular post, setting a personal record that you’ll never be able to repeat… and any number of other similar situations.

Success could be more rampant in society than I imagined! Or maybe it’s wishful thinking that makes people want to relate to success that is great enough that it makes them a martyr of it. Who knows? 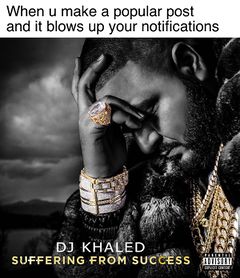 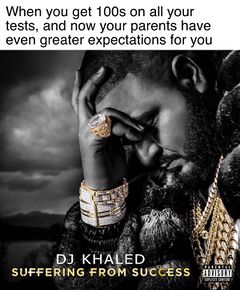 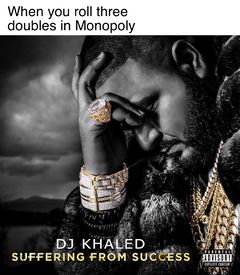 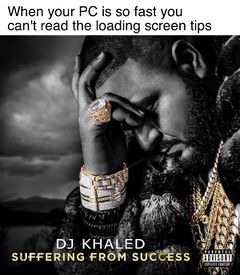