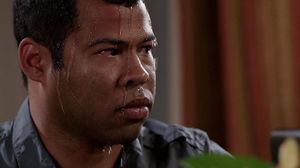 The “Sweating Jordan Peele” meme is an image of actor Jordan Peele perspiring out of seemingly every orifice of his face.

Peele’s dramatic reaction is in response to his girlfriend asking him a hard-hitting question about their disappearing browser history. Peele's sweating intensifies as the questions become more incriminating.

By the end of the scene, perspiration is running down Peele’s face.

The Sweating Jordan Peele meme was first seen on a “Key and Peele” episode titled “Browser History.” The episode aired on September 18, 2013, making it the first installment of the show’s third season.

From there, the reaction image steadily gained traction, eventually making its way to the mecca of memes, GIPHY.

People use the clip of Peele to express excessive stress or tension. For example, while waiting for the cashier to swipe your debit card or watching a nail-biting movie. 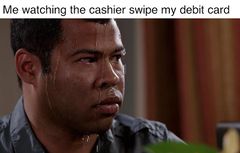 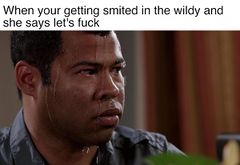 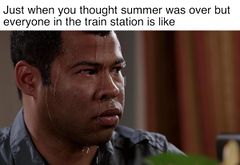 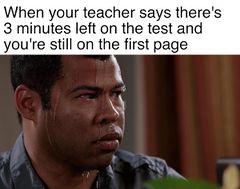