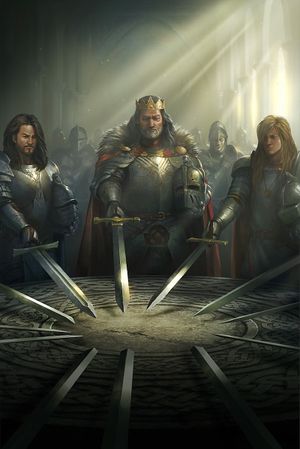 The “Swords United” meme is a picture of three warriors in medieval European knight's armor holding swords. The three of them plus several unseen warriors have all placed the blades of their weapons onto a stone table. In proper format, the three warriors and/or the other swords are often labeled as something, while another words is placed between the swords in the center as a target of that labeling.

The Swords United meme originated from the mobile game Kingdoms of Camelot: Battle for the North. While the game itself was released on March 1, 2012, it would not be until October 25th, 2018 when the game's loading screen (the previously described image of the knights and their swords) was turned into the phenomenon we recognize today by @grapejuiceboys on Instagram. Quickly gaining popularity after it was posted, it spread from there and has been used to make numerous variations across the Internet. 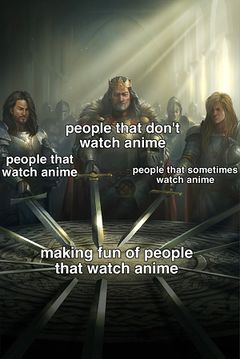 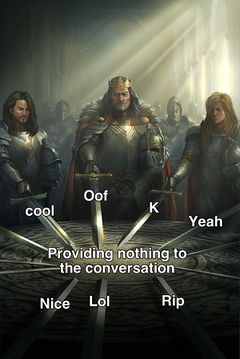 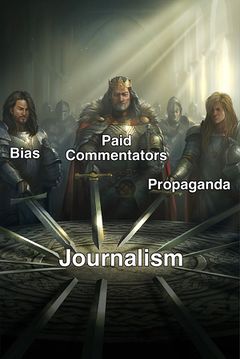 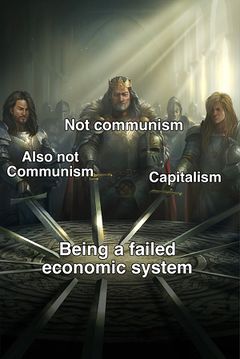