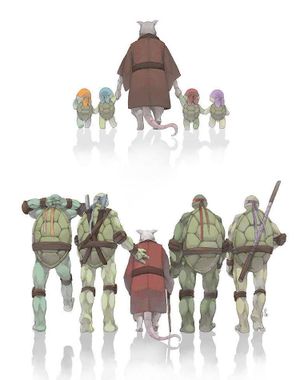 The illustration was created by a "Puna Nezuki," a Japanese artist with a particular fascination for the turtles, and was uploaded to their Tumblr account on January 22, 2017 with the title of "Father."

This particular illustration consists of two group images. The top image features a young Splinter leading his four young sons while holding hands. The bottom image keeps the five characters in the same positions but shows the boys all grown up, three-fingered hands on each other's backs as they head into the distance.

The image gained memetic status by comparing the father figure to a quartet of derivative things that have gone on to greater things than the parent while also acknowledging the significance of the "parent."

Variations of this image have showcased the rise and shift of things like the following.

In short, this particular image is the perfect way of showcasing the transition of time within a niche in a respectful, maybe even wistful, manner. 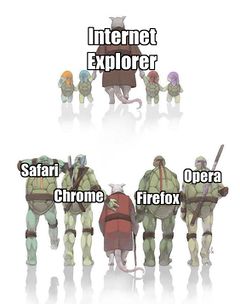 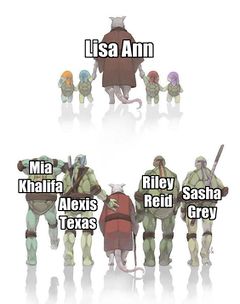 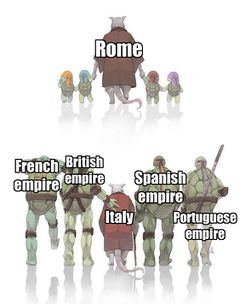