The Laws of Time Are Mine 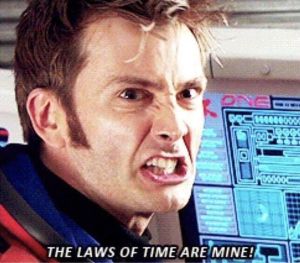 “The Laws of Time Are Mine” is a meme that references the TV series Doctor Who. The phrase is spoken by the titular Doctor and is commonly used for many time-related jokes, including Daylight Savings Time.

The line was first said by the Doctor in the episode "The Waters of Mars", which was a television special. The full quote that the Doctor says is actually "The laws of time are mine, and they will obey me!" However, it wasn't for years after the episode debuted that the quote became a meme.

A few years after the episode's first release the scene was made into a GIF by Gifer Anakus. Since then, it was used in a variety of different formats. Typically either a two-panel format or the scene on its own. The meme drastically increased in popularity in December of 2019 when Reddit user DartstoInfinity posted an edit of the scene referencing sleeping times.

Since then, there have been various edits of the scene that have spread across Reddit and other websites. These edits reference anything from skipping long Youtube ads to Daylight Savings Time.

The scene is typically used to convey a humorously overexaggerated feeling of controlling time. Typically this is used for something normal that is more of an everyday occurrence. 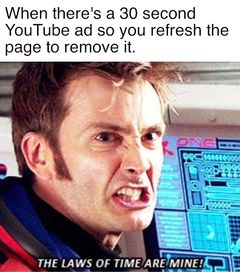 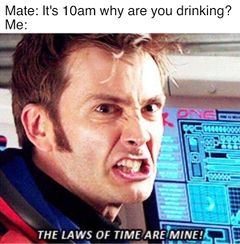 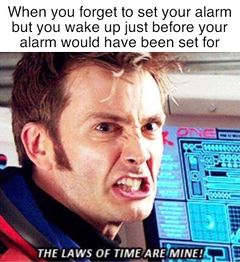 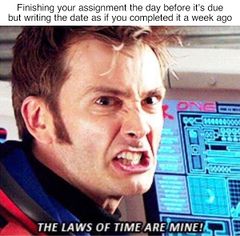