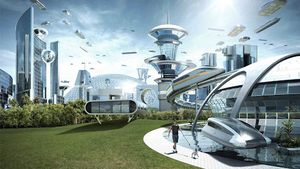 The World If meme is a collection of memes showing a utopian future that would have resulted if certain things (usually inane and silly things) were different in reality.

The World If memes have two parts. The first part is an image of a utopian future. This image is usually based on the crystal spires and togas trope about utopian societies in fictional works. The second part is text (usually at the top of the image.) The text typically says “the world if” followed by something funny, mundane, or nonsensical. For example, “the world if [TV show] had never aired”.

The first known example of a The World If post comes from Twitter. On February 23rd, 2018, the user @bhrisgreen posted an image of a futuristic city with text above the image saying “the world if bobby shmurda never went to jail”. His post would only see a few likes and retweets within the next several months. But The World If was to gain its fame from another site. Just a few days later, on March 2nd, the user @grapejuiceboys posted the same image on Instagram. In six months, the Instagram post received almost 30,000 likes. With that Instagram post, The World If had hit its stride.

The World If posts often poke fun at things often considered stupid or bad by various internet communities or even just people in general. The World If posts have been made about varied things, such as “the world if kpop was illegal” and “the world if there were no lawyers”. They are ultimately tongue in cheek, as the utopian futures (based on overall miniscule changes in our reality) are heavily exaggerated. 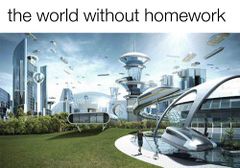 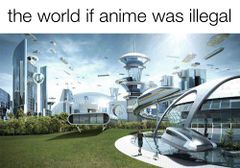 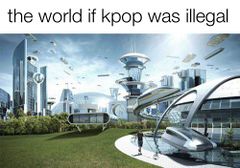