Those Bastards Lied to Me 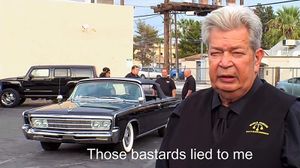 References to real life situations are always best when creating a meme that has real punch. Solitary situational photo creations are extremely powerful when trying to communicate disdain, or when adding humor to an online discovery.

“Those Bastards Lied to Me” meme features a familiar face and a classic hot rod. It implies everything associated with a deal that is high value, but also leaves room for some imaginative narration. Who are the real bastards in this shot? Do they represent someone in real life, or do they resemble a personality encountered online?

This unique photo features Old Man (R.I.P.), from the hit show Pawn Stars. Old Man was known for his ability to spot a deal. He was equally adept at spotting a raw deal. One simple squinty-eyed look from him meant that something fishy was about to happen. If a bad deal did happen, the Old Man never changed his look. He simply thought of it as something that is typical and needed to be “dealt with.”

This meme is perfect for conveying a message that combines a little bit of surprise with cavalier disappointment. The humor arises because the Old Man from Pawn Stars was markedly calm, yet his words carried extreme weight among those who were associated with him. It meant business when the Old Man called someone a “bastard,” yet it also meant a future deal was not out of the question.

This meme is perfect for lending a heavy hand to a negative online situation, while trying to leave plenty of room open for further interaction. 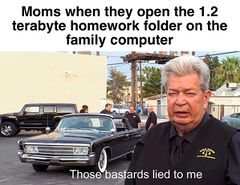 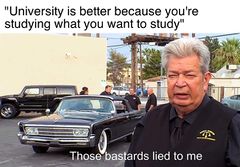 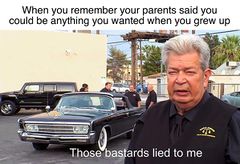 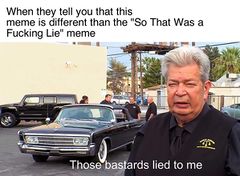