“Two Books” or “Thick Book vs. Thin Book” is a popular comparison meme that originated on Reddit. The meme plays off of a side-by-side comparison of two books of varying thickness.

This meme format first appeared on Reddit on June 17, 2019. The format is credited to Redditor u/CosmowYoung, who posted a Greek mythology iteration of the meme on r/me_irl and r/memes.

Since its conceptualization, the meme has reached moderate popularity, with reposts and spin-offs gaining several hundreds of thousands of upvotes.

Although memes usually die after a few weeks, this meme format is still continuing to gain popularity.

The “Two Books” meme uses dry humor to draw wry comparisons, often in self-deprecating ways. The comparison format makes the meme both versatile and accessible; in other words, it’s easy to relate to.

The meaning of the “Two Books” meme also hinges on the template used. For example, some meme masters have reposted the meme with two thick books for irony. 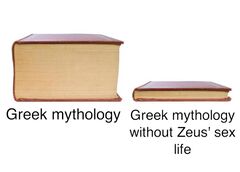 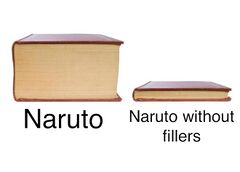 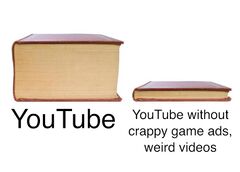 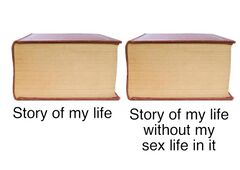