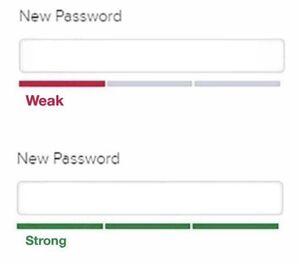 “Weak vs. Strong Password” uses a common password-tester prompt to comment upon the value of things. Popularized in 2018, these typically involve a comparison between words that represent a weak and strong form of a similar concept.

On September 11, 2018, Redditor The_Salty_Cat uploads the first version of this meme to r/dankmemes. His version placed "the rest of the world" in the weak section and "America" in the strong section. This one post garnered over 7,300 points across the span of two years.

Password memes are hardly a new concept. July 14, 2014, tumblr_what_2013, an iFunny user, reposted a Tumblr post by a user named chickenugget that stated "hate" to a password with only 6% weakness.

The meaning of this particular image macro is pretty basic. Take any two concepts and draw a clear distinction on how the former is weak or inferior to the latter. 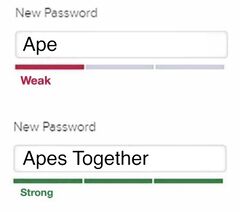 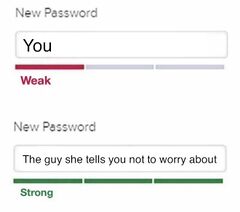 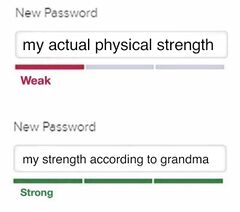 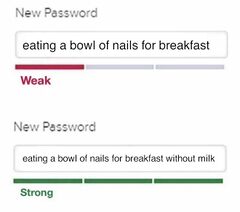