Well Yes, But Actually No 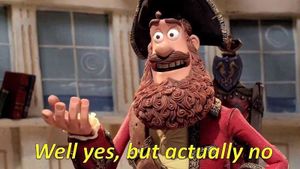 “Well Yes, But Actually No” is the name of a recent meme that usually includes one to two lines of text to provide context. The meme can be applied to a wide variety of topics.

It consists of a single image, which is a still frame from the British-American comedy movie The Pirates! In an Adventure with Scientists!, of one of the movie's characters. The meme is accompanied by a white border in which one or a handful of lines of text are added.

A claymation, stop-motion picture titled The Pirates! In an Adventure with Scientists!, also known as The Pirates! Band of Misfits in the United States, was released in August 2012.

One of the movie's characters, Pirate Captain, responds to a question posed by another character with "Good guess, but actually no." The line is frequently misheard as "Well yes, but actually no," giving the image macro its trademark line.

One example of the well yes, but actually no image macro contains just one line of text above Pirate Captain - "When Mom asks if you have any homework." The shared sentiment that most primary and secondary school students would love to respond "no" to their mothers' question about whether they have homework or not is something many students can connect with.

Another use of the image macro reads "Me: Was the Soviet Union communist? Communist 13-year-olds." The 13-year-olds who support communism would love to claim that the all-but-failed Soviet Union had bode well with communism, though they can't do so. 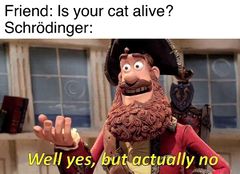 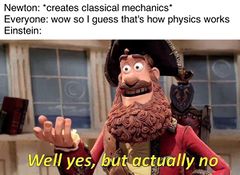 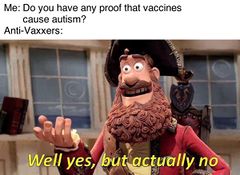 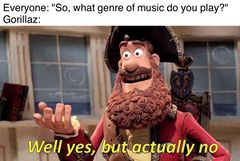