What Gives People Feelings of Power 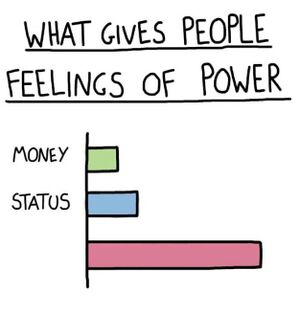 “What Gives People Feelings of Power” is a now-prolific malleable bar graph meme that starts out with the sober question about what most people reach for to make themselves feel important or powerful.

The first two bars answer the title with the predictable responses of "Status" and "Money." The third bar contains the catalyst that turns the entire concept into an amusing meme.

However, not only is it amusing, it is also personalized. For example, that third bar might say something like, "Having your cat actually walk out the door while you hold it" (cat lovers) or "Getting that first row parking spot at Walmart" (avid shopper).

The meme surfaced on March 20th, 2019, when comics author @iamnotanartist_ published the web-comic "What Gives People Feelings of Power" on Instagram. It has shown a strong presence since that time.

It is likely that this question/concept is universally genial because it goes without saying that we all have an opinion about power; what makes us feel powerful is going to vary according to our interests and culture. The third response sends us the curve ball of a unique chuckle-some answer. 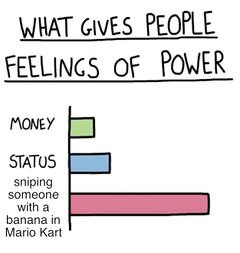 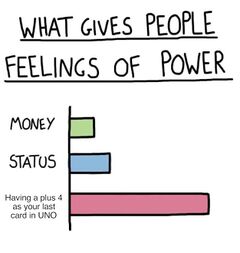 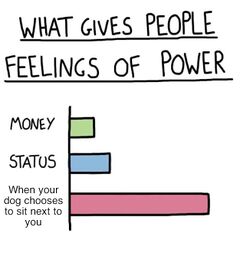 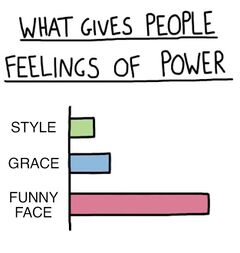