Anime Girl Hiding From a Terminator 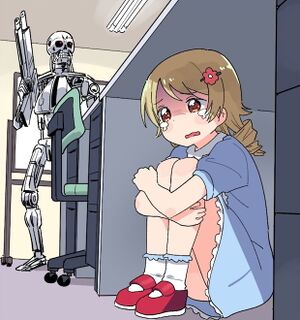 “Anime Girl Hiding From a Terminator” is an image that dates back to April 2019. Its popularity picked up in February 2020.

This meme shows fan art of Nono Morikubo hiding under a desk in the foreground. Her arms are wrapped around her knees and she is crying, presumably because she is terrified for her life.

In the background, you see a T-800 Terminator armed with a large firearm that appears to be a shotgun. He is shown as if he were scanning his environment, potentially for Nono.

It gained more traction as a meme in February 2020 when it was posted to Reddit. It went viral at that time, resulting in tens of thousands of upvotes on /r/dankmemes.

All such images are somewhat open to interpretation. In fact, creative reinterpretation of a familiar image is part of what makes them interesting.

The girl in the image is usually used to depict a part of a person that is afraid of something or that is vulnerable in some manner. The Terminator is used to depict a threat to whatever the girl is labeled as depicting. 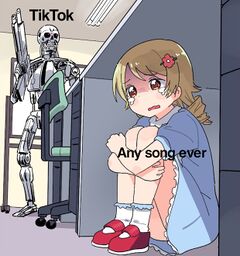 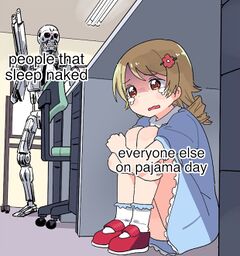 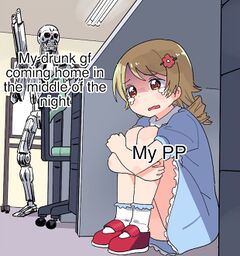 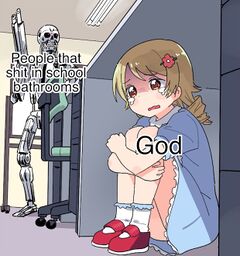