Are You Really in Charge Here? 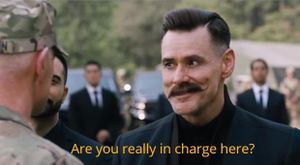 Hollywood films tend to generate plenty of memes, particularly after they are released on video streaming platforms or DVDs. In some cases, internet users with a sharp eye will spot meme-making opportunities from film trailers, sometimes months before movies hit theaters; such is the case with the new image-based reaction meme known as “Are You Really in Charge Here?”

This meme features a screencap from the trailer for "Sonic The Hedgehog," an upcoming live-action film that combines computer animation to bring the iconic video game character to life.

Legendary Canadian actor Jim Carrey is at the heart of this image macro; he is seen questioning the authority of a military officer wearing fatigues, hence its name, which also serves as a punchline.

Being a master of facial expressions, Carrey was cast to play the part of Doctor Robotnik, Sonic's main nemesis, and his exaggerated handlebar mustache accentuates the sardonically doubtful look on his face. This actor is no stranger to memes.

As memes go, "Are You Really in Charge Here?" can be used to vent frustrations about an order issued by someone whose leadership is usually questionable.

On Reddit, this meme started trending just a few days after the "Sonic The Hedgehog" trailer went online. It certainly helps that the trailer has been received with suspicion by fans of the Sonic games.

As can be expected, "Are You Really in Charge Here?" is being used to underscore the surreal state of American politics, especially as they relate to United States President Donald Trump and his outrageous Twitter posts. 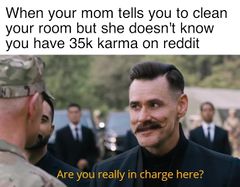 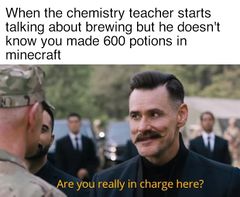 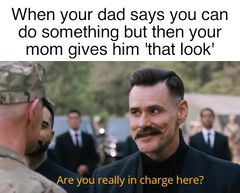 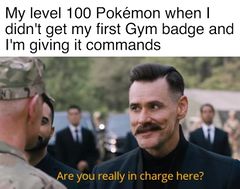