Are You Two Friends? 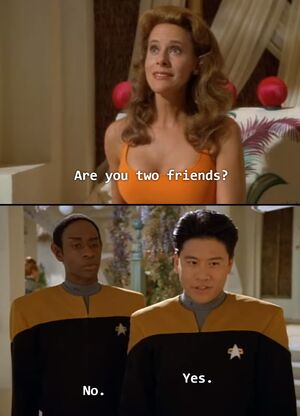 With numerous films, television series, and video games, the Star Trek fictional universe is a veritable cornucopia of memes. The advent of digital video streaming services such as Netflix and Amazon Prime Video have made it easier for Star Trek fans to revisit movies and TV shows such as Voyager, a series that lasted seven seasons in the late 1990s.

“Are You Two Friends?” is an object-labeling image with two panels; it was extracted from a 1997 episode of Star Trek Voyager, and it highlight the skill of the show's writers and actors to inject light comedy into science fiction plots.

The scene that inspired this object-labeling image is from a Voyager episode that dealt with a bizarre and amusing love triangle between two male crew members and an alien who just happened to assume the shape of an incredibly attractive human female.

At some point, the alluring alien asks the two crew members if they are friends; the awkward answers are both yes and no, thus confusing the trio. The original meme, which dates back to mid-2020, consisted of three image panels posted on the Tumblr page of a Star Trek fan.

A few months later, a Facebook group dedicated to leftist politics posted another version that was pared down to two panels. The two-panel image became popular to the point of going viral in April 2021, when it was posted on a Reddit forum dedicated to political jokes. Since then, multiple versions have been posted and gathered thousands of positive votes.

This meme is ideal to explain any kind of dichotomy that others may be curious about. It strangely works wonders for politics and religious ideology, but it can also be applied to social situations. 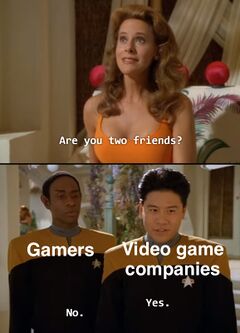 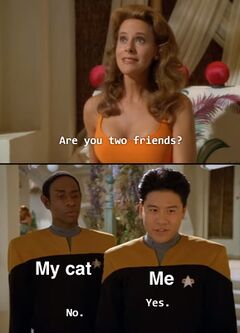 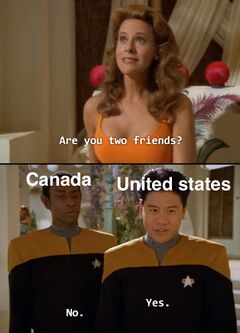 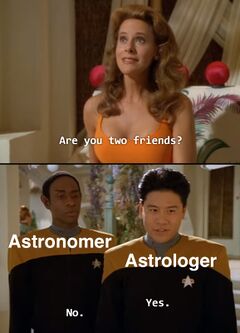