Mojtaba Heidarpanah, a noted artist, is credited with bringing the “Bending Streetlight” meme to life. However, he didn’t intend for his creation to evolve into an internet sensation.

Heidarpanah’s piece depicts two men sitting on a park bench. One man is reading, and the other is on his phone. The street light above them is defying all logic and shining directly on the gentleman with the book. The message of the painting is clear: phones are bad, and expanding your knowledge is better.

Heidarpanah tweeted his artwork on May 5, 2019, and it only took two short weeks for internet-goers to make a meme out of it. On May 18, the image was posted to Reddit, and many were quick to point out the glaringly obvious imagery.

Musanegra, a seasoned Redditor, received over 2,800 points after posting the photo. From there, it took the digital waves by storm.

The Bending Streetlight meme is used to depict someone or something that’s given preferential treatment over another.

For instance, power being given to Naruto over Sakura. Other uses of the image aren’t as highbrow. One Redditor compared the light shining down to that of a microwave’s heat radiating a plate. 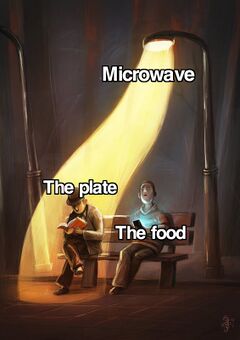 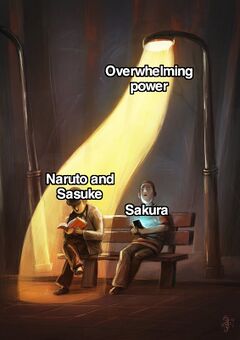 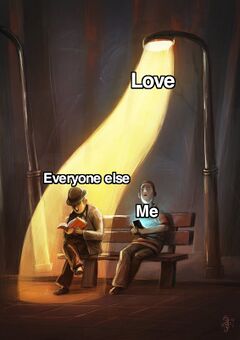 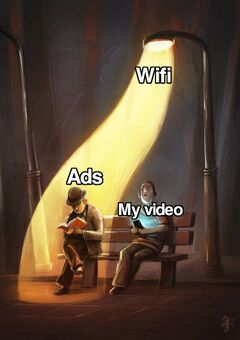