Bernie Sanders In a Chair 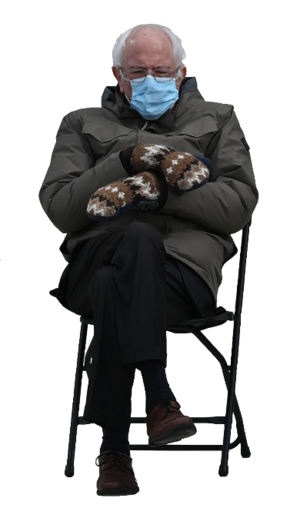 The internet exploded with a meme of Vermont senator Bernie Sanders. Individuals on Twitter have gone as far as to say the image of Sanders sitting in disgust illustrates how we feel about our political climate.

If you've attended an event you hated, Bernie Sanders sitting with his mittens and comfortable clothing is the perfect meme to sum up your feelings.

On January 20, 2021, Joe Biden became the 46th President of the United States, but many were captivated by something going on in the audience. The senator from Vermont – Bernie Sanders – stuck out like a sore thumb with the attire he chose to wear.

While the audience in attendance opted for sleek peacoats, formal dresses, dark colorways and business-tier shoewear, Sanders was unapologetically himself. Instead, the senator wore a full-sized coat, relaxed pants, brown shoes and homemade mittens.

Jen Ellis – an educator who gifted the mittens to Sanders – was shocked to see Bernie wearing the mittens to the inauguration instead of traditional attire. 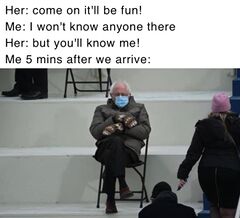 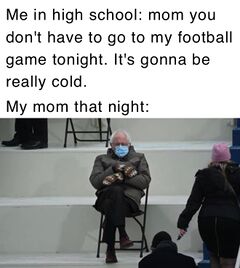 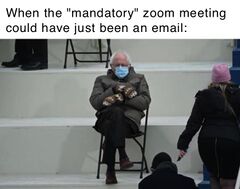 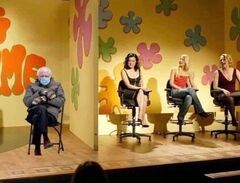