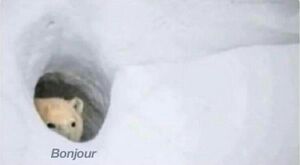 What exactly does “Bonjour Bear” depict? The name of the photograph is pretty self-explanatory. It showcases an adorable polar bear attempting to get a glimpse of the outside universe. He's tucked away inside of a seemingly snug winter den of sorts.

The famous and sweet "Bonjour Bear" has been a staple in the meme world for quite some time at this point. It didn't start its life off as a meme at all, either. That's due to the fact that it has roots as a stock image, interestingly enough. Although it began its journey as a classic and somewhat standard stock photograph, it evolved on the Internet.

People all over the planet started using it as a reaction visual. It started becoming a tradition on forums on the Internet such as Reddit. It The photograph actually was somewhat "dormant" for roughly a year or so. Uryadnikov Sergey initially posted the picture in the fall of 2016.

When did Bonjour Bear begin taking over Reddit? It started gaining significant notice in the beginning of 2019. People often utilized the image in conjunction with hilarious captions. These captions often went into "surprise attacks."

Although the enthusiasm that was associated with the image cooled down for well over a year, things changed in the beginning of July in 2020. That's when the image got a brand new lease on life. 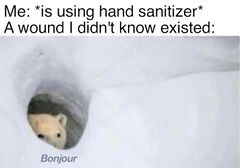 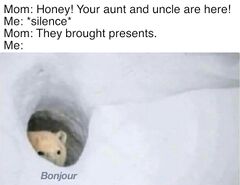 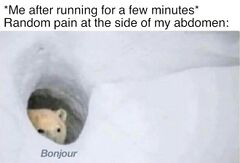 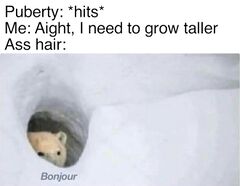